Neucopia is a Multi-Level Marketing company that has been running since June 2012. The name Neucopia is derived from the Latin word “copia” meaning abundance. Neucopia claims their main mission is to help people create a lifestyle of abundance in everything they do.

Who is Behind Neucopia?
Neucopia is been headed by Rich Cook (CEO), who is claimed to have a proven record as an expert in marketing by becoming a top earner in affiliate marketing, using the same training and tools that Neucopia is offering to their premier members.

Neucopia Line of Products
Neucopia line of products include; paying a monthly membership fee to get access to educational and marketing tools that you will need to market your business.

Some of the basic things that you can expect to learn from Neucopia include;

As an affiliate of Neucopia, you will also get access to top tools, training and income generating strategies that will help you succeed in marketing.

Neucopia Basic Level Compensation
In addition to paying the initial $49.95 upon enrollment and monthly payment of $49.95, to be able to qualify to earn from Neucopia basic compensation plan, you are required to make at least two basic sales.

This is the only time you become a qualified member and you can receive a monthly residual income on all your future basic sales. This means from your third sale onwards, you will be making $25 per sale and $25 Monthly from that same sale.

Below is the summary of the Neucopia basic compensation level;

Neucopia Premier Level Compensation
After paying the initial enrollment fee of $269.95 and $169.95 monthly, you instantly become pre-qualified for basic level compensation plan. This means you do not have to sell the two basic sales to qualify for basic monthly residue income.

Your first basic sale immediately pays you $25 and then $25 per month. If one of your basic member upgrades, the sale is counted as one of your two qualifying premier sales.

Below is the summary of the Neucopia Premier compensation;

Conclusion
Neucopia introduces nothing new in the market, apart from the same old concept that has previously been used by other MLM companies. The idea where members earn by referring other members to purchases the membership.

This simply shows that, the company is solely relying on the monthly membership fee paid by other members and the sustainability of the program will be determined by how many new people enroll into the program and purchase the membership.

For example, if you purchase the basic membership, you will be paying a total of $49.95 per month, plus one time payment of the same amount. For you to qualify for a monthly residual income, you need to recruit two more people.

From above calculations, you can clearly see that, your passive income is coming directly from your membership fee, plus you leave a part of it into the system. Surely, why would someone pays $49.95 per month (basic) or $169.95 per month (premier) just to get access to some marketing tools and webinars when you can get the same tools at a cheaper price? 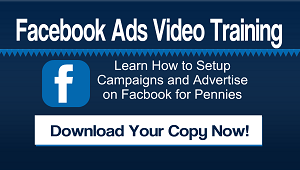